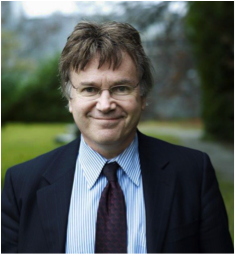 Matthew is the author of Chapter 6, “SRI or Not SRI?”, in Environmental Alpha: Institutional Investors and Climate Change.

As I write this, COP21 in Paris is scant weeks away, and the results there may make a mockery of much of what I say here, but here goes a reflection on the earlier chapter in Environmental Alpha, with the benefit of six years of hindsight. . . .

In retrospect, early in the chapter I certainly overestimated the amount of political capital President Obama was prepared to invest in the environmental file—at least for the first 80% of his presidency. During the last year, however, his rejection of the Keystone pipeline from Canada’s tar sands and a series of dramatic commitments on the eve of COP21 have signaled a much stronger stance and concern for an environmental legacy, so perhaps my early optimism may have been justified after all.

As for the secular global megatrends that were emphasized in the chapter, unsurprisingly they remain very much in evidence (that’s one of the things of course that defines a megatrend: it is most unlikely to disappear in the space of six years!). Climate change was referred to as arguably “the mother of all “ megatrends, and certainly the attention generated by COP 21 has brought it to the fore today.

At one point in the chapter, I had mused that one of the impediments to more climate-savvy investment was the intellectual conflation in many investors’ minds between environmentally aware investing and “socially responsible investing.” They were largely convinced that the latter was a recipe for alpha destruction, and so “guilt by association” had a dampening effect on investors’ appetites for climate-aware investing as well. I am happy to report that today there are strong signs that the distinctions between the two are becoming much clearer to investors, so that one impediment seems to have weakened markedly. Today, many institutional investors who still want no part of socially responsible investment are quite prepared to at least entertain the notion that climate change has by now morphed into a legitimate, mainstream investor issue.

That said, though, I stand by my original criticism in the chapter that institutional investors have not yet responded to climate change in a sufficiently forceful or systematic manner. On the positive side, one thing has changed in the intervening six years: investor awareness of climate change has increased exponentially, especially in Europe and Australia. Organizations such as the Institutional Investors Group on Climate Change, (IIGCC) in Europe, Investor Group on Climate Change (IGCC) for Australasia, CERES in North America and the United Nation’s Principles for Responsible Investment (UN PRI and Environment Programme’s Finance Initiative (UNEP FI) have done a stellar job in raising awareness. But awareness has yet to catalyze action beyond a few hardy pacesetters. The following statistics are telling in this regard: There are currently roughly 1410 signatories to the UN PRI (in which climate change features prominently), only 110 to the Montreal Carbon Pledge about disclosure, and a paltry 18 signatories to the Portfolio Decarbonization Coalition, which commits signatories to action. Enough said.

With regard to the first point, leading-edge organizations such as Sweden’s AP4, France’s FRR and ERAPF, and the UK’s Environment Agency Pension Fund are conspicuous exceptions to the general rule. The vast majority of institutional investors are contenting themselves at best with supporting collective research studies and/or “engaging” with portfolio companies. They are not, as a rule, changing their capital allocations. The organizations mentioned earlier in this paragraph, by contrast, have already done so or are in the process of doing so.

With regard to the second criticism, for even the majority of climate-aware investors, the totality of their response to date has been to invest in clean tech. However worthy such investments may be, however, they represent far less than 1% of most institutional portfolios. Yet precisely the same global forces creating the clean tech opportunity are also bearing down on the other 99% of the portfolio as well. Climate change is part of a much broader global industrial restructuring, and as such has implications for every asset class in the institutional investor’s portfolio: listed equities, fixed income, private equity, real estate, infrastructure, and real assets such as farmland or timberlands. Take infrastructure as just one example: the Organisation for Economic Co-operation and Development (OECD) pensions study has revealed that, on average, pension fund investors have less than 1% of their assets allocated to infrastructure of any kind; for low-carbon infrastructure the figure is less than 0.1%. There are opportunities to be found just about everywhere for climate-aware investors: transitional companies such as Siemens, which already generates roughly 30% of its revenue from renewables; green bonds; green real estate and energy efficiency retrofits; low-carbon infrastructure; best-in-class carbon emitters who are decarbonizing faster than their peers; and, of course, pure-play clean tech companies.

So, much remains to be done if institutional investors are to move beyond understanding and rhetoric into action. The good news is that investor awareness of climate change is now at an all-time high, and there is a greater sense of urgency. The better news is that we now have several concrete examples of leading-edge institutions that are prepared to actually allocate capital in a climate-conscious way. So on the whole, I’d say the outlook has improved significantly over the six years since the original chapter and book were written.

Dr. Kiernan is founder and Chief Executive of Inflection Point Capital Management (IPCM), a specialist, research-driven investment management boutique headquartered in London, with offices in New York, Paris, and Melbourne. IPCM was founded in 2009, and has roughly $1 billion under advisement. The firm will be launching new, environmentally driven investment strategies in both listed real estate and climate finance in early 2015.

Dr. Kiernan has lectured on sustainable investment and finance in executive programs at the Wharton School, Columbia Business School, Oxford University, Stanford, the London Business School, and HEC Paris, among others. He also served on the guest faculty of Cambridge University’s Executive Program for Sustainability Leadership, founded by HRH The Prince of Wales. He holds advanced degrees in political science and environmental studies, as well as a doctorate in strategic management from the University of London.

He has published dozens of articles and book chapters on sustainable finance, and his most recent book is Investing in a Sustainable World. Dr. Kiernan is a frequent speaker at international investment conferences, and has addressed the World Economic Forum in Davos, Switzerland on a number of occasions. He received an award from the UN Environmental Program’s Finance Initiative for “innovations in carbon finance” in 2007.