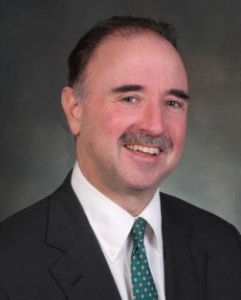 Divestment from fossil fuels is a topical and divisive issue on university campuses in the United States as well as throughout the world. Questions remain about the utility of divestment as an investment strategy for solving climate change; as a result, we thought it would be helpful to provide a neutral space for both sides of the debate in this, the JEI’s tenth issue, and our first of 2015.

This issue presents everything from points of view written by experienced financial professionals and former financial regulators to in-depth academic analyses to student perspectives. The articles range from those fully supporting divestment to those fully against—and everything in between. We chose not to categorize these perspectives, rather to provide them as a series of stories and analyses from many angles.

The issue starts with former SEC Commissioner Bevis Longstreth and his financial and moral case for divestment, followed by Ian Simm of Impax Asset Management and Gerrit Heyns of Osmosis Investment Management (both based in London). Our sponsor for this issue, Sustainable Impact Capital Management, provides three different professional investor perspectives.

Bard College faculty member Kathy Hipple and Yale’s Jordan Sabin organize and provide student considerations. In addition, academic perspectives, research papers, and analyses contribute to the discussion. The range of views reflects the unsettled nature of the question before us.

My own experiences are perhaps useful to share briefly. Two things are abundantly clear to me from my experience on the Board of the Carbon Tracker Initiative since its inception and from teaching Climate & International Energy at Yale:

So what to do? We should, at a minimum, learn from what has been tried before; hence, we value the perspectives in this issue.

I entered this field with the idea of creating environmental metrics, combining my previous life as a computer programmer and builder/interpreter of institutional ownership data, which led me to an invitation to join the Expert Group in the formation of the PRI in 2005. From there, I embarked on what became eight years of intermittent work with Trucost on the carbon intensity of mutual funds and through perspectives, such as the Newsweek Green Rankings, which looked at a combination of companies and their environmental footprints and what they were or were not doing about them. Yet neither approach generated any real change in market behavior, if we are being honest.

Regardless of looming climate change effects, investment dollars largely remain stuck where they are. A side effect of the global financial crisis (GFC) often not discussed is how calcified investment strategies have become. Over the past two generations or so, leading up to the GFC, the assumptions of mutual fund strategies and pension funds on universal ownership have become established and accepted, with any significant prospect of change causing fear of personal reputation risk, helping further lock in the status quo. With institutional ownership making up 65% to 70% of public companies, this all creates, perhaps, an unintended but very real and deeply entrenched state of inertia for business as usual at a time when we need to shift investment in a more environmental direction.

What appears to be needed is some form of a Manhattan Project on the need for a global transition to a low-carbon economy. Others have long suggested such an approach, for example, here and here; even if others have their concerns.

Many efforts are occurring in isolation. One company at a time develops a sustainability plan. Investors create strategies with limited take-up. Policymakers chip away mostly in isolation and in many cases without mandate. It would seem that all of these stakeholders need to sit at the table together to come up with scenarios that can actually get us to where we need to be—or investment strategies themselves will fail.

Perhaps it would be useful for investment professionals of all stripes to outwardly recognize the looming financial failure that will likely come from climate change effects and drive a multi-stakeholder collaboration themselves. If the goal of investors is to maximize their financial performance, then this should be seen as table stakes.

Our publisher had similar thoughts in his post-Copenhagen 2009 piece for aiCIO, where he said:

Let me be clear: I do not think asset owners should have simply attended COP15; they should have participated in the UN negotiations themselves and actively shaped the discourse. Why? Solving the climate problem will require vast amounts of money and creating the optimal financing solutions is a primary goal of these negotiations.

The latest COP 21 negotiations also seem to be insufficient for their intended purpose. The commitments expected by December from the countries attending the COP in Paris are not enough to get the needed low-carbon transition started. And, many major emitting countries—such as India—have not committed at all, or as in the case of Japan, are far from what should be required. If the UN cannot deliver a real transition, then what global effort will take its place? Does this state of affairs enhance the calls for divestment or, given that divestment won’t stop climate change, is it a distraction from creating a global process that could actually work at solving the problems?

Given all this, what is the best possible role for students, as well as the average person, young or old, and for the average investment consumer? Consumer demand is required to ensure the necessary changes occur: the changes that can get us through the next 20–30 years without climate change permanently altering both investment and living conditions into a state of permanent unsustainability.

Individual behavior, including investment choices, then could help mitigate the risks of climate change. Many of the needed technologies for climate change mitigation already exist in the marketplace.

What we need is more environmental investing and conditions that ensure the existence of a business case for such, or the delays preventing necessary action will likely continue and perpetuate.

Given this clear need, our next issue will look at the performance side of environmental investing on the five year anniversary of our publisher Angelo Calvello’s Environmental Alpha—what went right and wrong, what have we learned about the alpha potential from the environmental trends that played out, and what is the outlook going forward. Watch for that over the next few months.

In the meantime, we need to dig in on what is truly needed to fix looming climate change. We start in this issue of the JEI with Responses to Calls for Divestment.